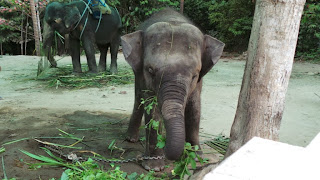 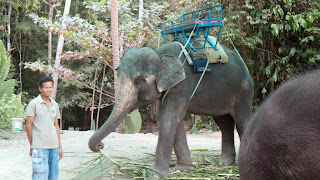 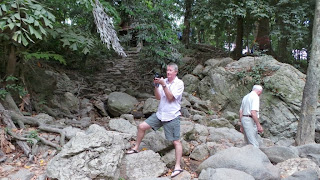 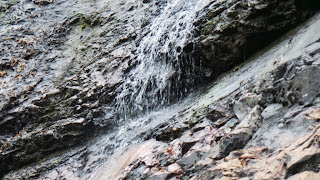 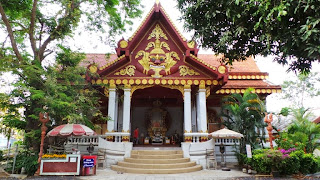 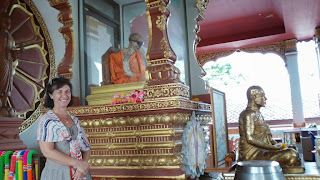 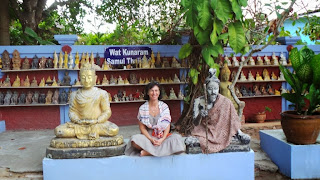 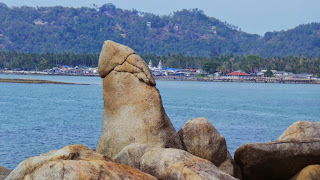 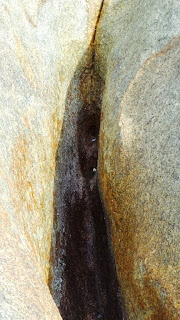 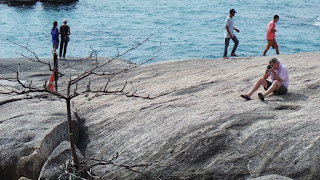 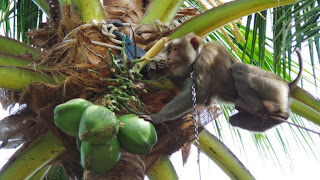 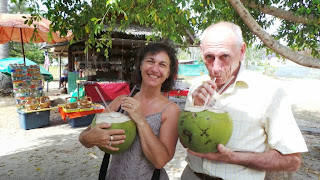 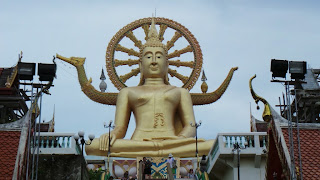 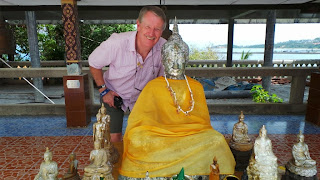 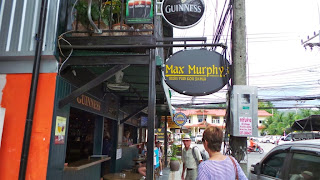 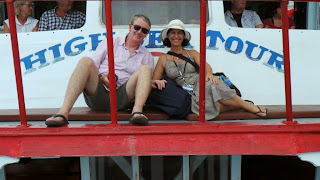 We only had a short day today and that fact that we had to ride a tender over to Na Thon made the day shorter.

Today we were touring with our trivia friends Bob and Robin.  We managed the first tender and no sooner were we on shore in a taxi heading straight for the Namuang waterfalls.  You are always told that you should chat with the driver you plan to pick to ensure they have a grasp of the English language... we thought we scored it big time until we realised he is the front man and our driver was actually his wife.. Kai..... she was lovely and was able to communicate enough to get us safely around the island. From right on the pier we managed to secure the taxi for 4 hours for $100 US.

Our friends were amazed at the change on the island from when they were here 10 years ago.  At the falls we visited with a really cute baby elephant and couldn’t help but feed him some bananas... we walked up to the falls which were a little sad as it is the dry and remember we had just been to the Litchfield falls which were abundant.

After the falls we went to Wat Khunaram . A temple with a mummified monk as the main feature.  Legend has it that one day he sat to meditate and died in that position and that is how he has been preserved.... not too sure why the sunglasses but he does have this Roy Orbison look about him.

Our next stop was near Lamai Beach where there are a couple of questionable rock formations... the first picture is of who is referred to as Grandfather and then another formation referred to as  Grandmother.  I will leave it to your imagine to decide which is which.

We decided that we wanted to see some performing monkeys.  Here monkeys are sent scurrying up a tree to pick coconuts.  Chained  of course, up they go and every couple of feet the trainer would call out and the monkey would pause and pose... eventually he reaches the top, twists the coconut a couple of times and down it comes... now  you can’t help but wonder coconuts don’t grow that fast .... But as we walked away you look back and see the trainer lower the rope on a pulley and tie up a brand new bunch of coconuts.  The other end of the rope is attached to a motor bike.... and as he rides it off the coconuts are raised to the top of the tree and secured in place.  We were then given fresh coconuts to drink the juice .. at first I thought this was for the two of us but it was one each....eek

Chaweng  Beach with its lovely white sand was our next stop... if only we had our swimmers.

The last visit of our tour was at the Big Buddha.  Just like the big Buddha’s we have seen in Phuket and at the Batu Caves they are painted this bright rich gold colour....  The Buddha is surrounded with a bazaar selling souvenirs, clothes and shoes.

When we got back to Na Thon we decided a cold drink was in order and we were a little peckish... So we do what everyone does .... Go to an Irish pub to drink beer and eat Thai food in Koh Samui.

Our tender back was one of the local ferries and as you can see Garry and I had prime seats....