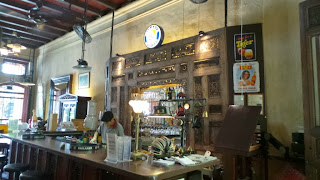 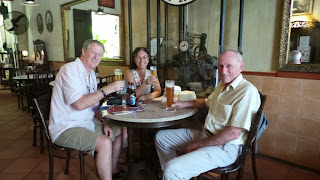 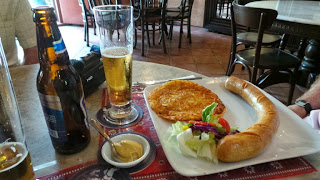 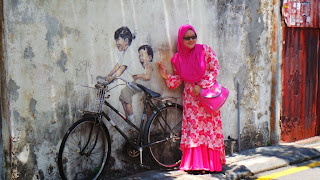 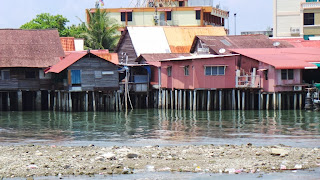 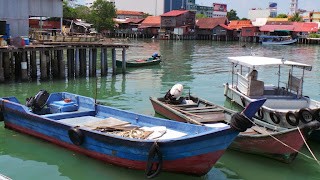 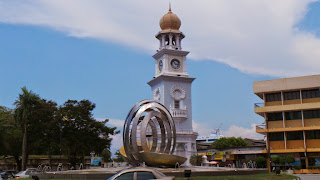 As we sailed into Penang I thought “oooh, this is bigger than I thought”.  We pulled up to a terminal that looked much like the one we just left in Port Kelang.  Just like Port Kelang we also had a bit of a walk to get to the terminal gates..  Taxi drivers queued up in line to catch a fare for the day as the passengers walked out the building... Set price of 50 ringgits an hour and no haggling.  Once we decided on a 4 hour tour we had to pay our 20 ringgit tax to the taxi Gestapo waiting at the gates as we exited.

Moi was our driver and spoke very good English compared to some others we have had.  He took us straight to the Penang Hill Funicular so we could ascend to the Summit. Memories of Bergen came flooding back except instead of the breath taking views, as we arrived so did the cloud and mist.... just enough time to snap a couple of pictures at the top, visibility was suddenly zero.  So back down the mountain it was.

Next we visited Kek Lok Si Temple the largest Buddhist temple in Southeast Asia. Beautiful buildings and exquisite gardens but unfortunately the heavens decided to open up to coincide with our visit. We managed only to scratch the surface before the weather made it nearly impossible to continue so we decided to move on.

You might say a very very quick visit to the botanical gardens not because of the weather, as it was all cleared up by then and the sun was shining brightly, but it was really too vast an area to explore in the time frame we had.

Another main attraction in Penang is Wat Chayamangkalaram which houses one of the largest reclining Buddha Statues, measuring  33m in length.  Across the road you will find Dharmikarama Burmese Temple with its standing Buddha. There is a difference in architecture as one is even more ornate as the other.

It was time to head back into town and we decided to do a little sightseeing of our own.  We were dropped off in Armenian St, which is in the old part of town.  From our map we realised if we walk down this street we would end up at the old Clan Jetties.... home to families of traders, fisherman and dock workers.  These traditional houses are built over the sea on stilts and are connected by wooden walkways.  Well we got as far as the German Pub which offered cold beer...  After visiting an Irish Pub in Koh Samui how could we not visit a German Pub in Penang...  Beer on an empty stomach was not a good idea, so we also ordered a B52 sausage to go with it. The pub’s owner was married to a German who collected antiques which were on display.

We started chatting to a Malaysian man sitting behind us, who obviously was looking for a reason not to head back to work after lunch. After asking a question about the Clan Jetties he offered to take us down there... So he became our tour guide for the afternoon.  We walked down the street while he pointed out its attractions.  All down the street we saw some wonderful street art and lots of people stopping  to take pictures.  Down in the Clan Jetties we found a maze of houses that look run down on the outside but quite liveable on the inside.

Time was running out and the heat was starting to affect us, we bid farewell to Ben who decided to head back to work and we back to the ship for a well deserved swim and drink.