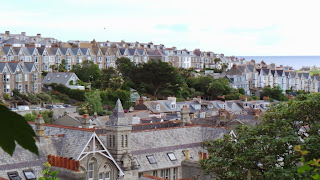 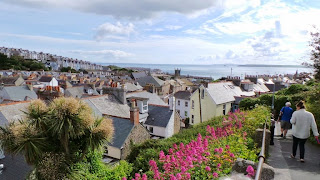 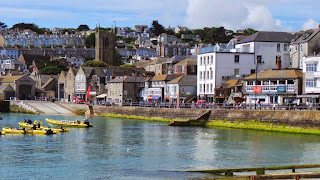 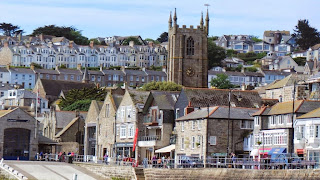 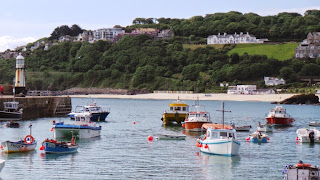 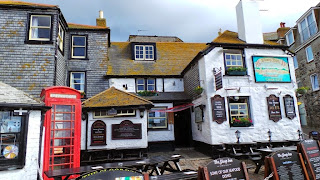 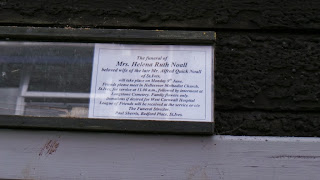 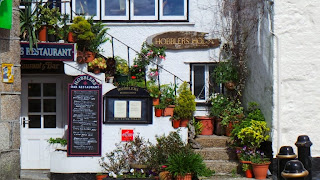 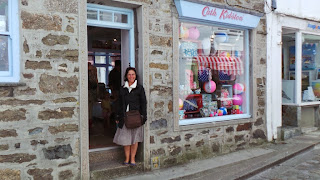 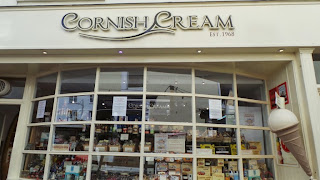 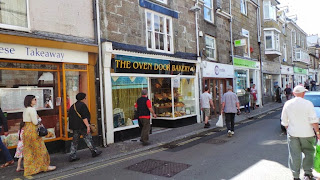 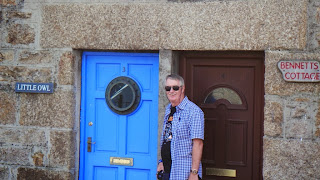 A contrast to the other villages we had visited St Ives could be called a bustling Metropolis.  I think we parked at the highest point of the town which had the most steepest paths as they zig zag down to the sea side.   Picking out the prettiest cobbled street we walked passing many bakeries claiming to be the best pasty maker in the village. Many souvenir stores and selling a large array of Cornish Products from Cheeses, ice creams and clotted cream shortbreads.

I stopped to look in the butcher’s window that was not just displaying their meat, but a notice about a resident passing away and giving details of her funeral.  A lady walked up and I asked the question about these notices. She told me that as the newspaper only comes out twice a week, by the time the obituary notice comes out the funeral could be well and truly over.  We noticed these notices displayed in several places throughout the town... she also gave me the low down on St Ives best pasty.... she gave directions and told me to stay focus and not be tempted by those in between.  As nice as that pasty was Port Isaac was still winning.